Vocabulary for Your Marketing Campaign

The year is still young…and with these winter months come new clients, people representing small to midsize businesses who have never before considered it possible to make a significant “splash” on the web, but with today’s market conditions, now see it as an imperative. It is for these folks that this blog is addressed, to fill you in on some valuable lingo to use as you develop an effective online marketing strategy.

*Landing page: This refers to the page your customer “lands” on after clicking one of your ads, your web address on list of  search engine results, or a link on your website (a contact us page, for example). This landing page should feature all the keywords and well written content the rest of your website has, as well as a call to action and a way for customers to get in touch with  you (phone number or email, or a click here now! button).

*Average CPC: This refers to “cost per click”, or the price you pay every time someone clicks your PPC ad. Very important in terms of budget-some terms will cost far more than others. Your PPC project manager can explain more.

*SERP pages: This is shorthand for the organic Search Engine Results Pages-what comes up when you type in a search term (say, “socks,” for example) into a search engine. You want to appear on page one if at all possible.

*Organic search vs Paid Ads: Google itself sums up the definition of these terms best when it describes them as the following:

*PM: project manager. Every campaign at Captain Marketing has a dedicated, onshore project manager assigned to your account. This means you have a live person, articulate, courteous and knowledgeable, at your disposal throughout business hours to contact by email or telephone to answer questions, explain strategy, or discuss a concern.

With the start of a new year, there are always those resolutions for your business that take…and those that don’t. Well into January, the holiday sparkle that inspired them has long since faded, and spring is yet a few months away. How is everything going?  Has that new hire turned into a superstar employee yet? Are you still struggling with the receipts and seemingly endless paperwork that seemed to clone itself spontaneously on your desk during December? It’s time for a reboot. In the spirit of a fledgling 2013, take a minute to look at the questions below, courtesy of writers Amber Rae at the Daily Muse and Martha Beck, author of the recent bestselling paperback,  Finding Your Own North Star: Claiming the Life You Were Meant To Live. Remember, it’s never too late to take charge of your business, your personal life, and the future for both. Take a sheet of paper (or use the back of one of those year end receipts), and mark for each question below, “rarely”, “occasionally,” “sometimes,” or “often.”  The answers may surprise you-and inspire you to take action, today.

1. I get excited every morning when I get out of bed.
2. I feel accomplished when I fall asleep.
3. I feel overwhelmed with gratitude.
4. I have fun.
5. Things just seem to work out well for me.
6. I do things I love.
7. I feel on top of my game.
8. I get so involved in projects that I lose track of time.
9.  People seem to enjoy being around me.
10.I use my imagination.

How did you do? If you scored “often” for every question, congratulations, you’re on the road to success, if you’re not there already. And if you didn’t? In 2013, consider asking a trusted friend or mentor for advice. Try something new. Try something different. Remember, whether it’s a new marketing program to really get your products seen on the web…or cultivating a more positive attitude towards the people around you, anything is possible. As Debbie Fields, the multi-millionaire chocolate chip cookie magnate once said, “The important thing is not being afraid to take a chance. Remember, the greatest failure is not to try.”

Posted on January 17, 2013 in SMO, Social Media by cmblogger

As the dust settles on 2012’s  internet retailing numbers, marketing data companies have now released some decisive facts about the online shopping habits of the American consumer. Researchers at eMarketer report that $25 billion dollars was spent for online purchases via mobile devices, including tablets and smartphones, in 2012. While still just 11% of the total dollars spent on e-commerce  for the year, it represents almost double what was spent via mobile devices the previous year. Analysts forecast that online spending via mobile device will expand to reach $87 billion dollars, or a quarter of all e-commerce in 2016. Speaking to the New York Times, vice president of e-Marketer Clark Fredricksen stated, “Particularly in the second half of the year and in the holiday season, there were signs that smartphones and tablets in particular had made much more progress than people had previously thought we would.” While mobile phones continue to present some obstacles for online window shopping, with their small screens and keyboards that can be difficult to manipulate, the proliferation of tablets has been a game changer for mobile consumers. Indeed, according to the eMarketer numbers, mobile shoppers spent an average of $329 per purchase when on tablets, compared with $250 when on a mobile phone.

Christmas Eve brought a sad call to Michigan’s Benzie County Animal Control when a Good Samaritan reported finding a stray puppy in the snow with not one, but two broken legs. With a choke chain around his neck but no identifying tags, the dog was immediately treated for pain and held at the shelter until a solution could be found. Luckily, animal control worker Ed Carter and his wife took pity on the suffering animal, who would need extensive-and expensive-surgery to fix his badly injured legs. He brought the dog to Bay Area Pet Hospital, where they not only took X-rays free of charge, but posted on their Facebook page about the case. The story quickly went viral on the social media platform, and response was immediate and definitive. Donations to the small, regional animal hospital poured in from places as far away as Washington DC and Alabama to cover the cost of the stray’s surgery and rehabilitation, and the beagle mix is expected to make a full recovery.

A LinkedIn’s senior vice president  announced in a recent blog post that the popular social media platform now enjoys a membership of  200 million people worldwide, with new users joining the site at a rate of two per second. In addition, he reported that the three most followed members of the site include Richard Branson, Barack Obama and Deepak Chopra. Founded in 2003 as a networking site for professionals, the site is available in 19 languages, and utilized by people in 200 countries across the globe, with half its members located in the United States alone. LinkedIn is a publically traded company, with revenues in excess of $252 million as of tax filings issued at the end of 2012.

Posted on January 9, 2013 in Blogging, SMO by cmblogger 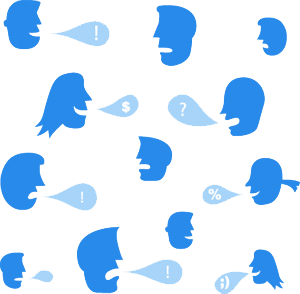 We talk a lot about online reputation management at Captain Marketing-it’s one of the many services we offer our clients. And yet, nothing illustrates the need for effective management of your brand online or off better than…a wrinkled, deep fat fried piece of chicken offal. Uhm…what? Well, Kentucky Fried Chicken patron Ibrahim Langoo recently found a piece of what looks to be some deep fat fried grey matter…and photographed it, right there in the bucket of chicken he’d ordered and in which he’d discovered the unsavory looking bit. He approached the staff at the counter, who were unimpressed. Unhappy with their response, he did what arguably most of those under 35 would do next in 2013…he posted the picture on the Internet. Naturally, it went viral, and now the millions KFC carefully allotted to online advertising and a social media presence up may add up to exactly…nothing.     To add insult to injury, Kentucky Fried Chicken has countered this photo’s popularity across the web with a rather misguided announcement that the organ in the photo was actually a piece of kidney, not a brain, and that they’re very sorry it happened, but that Mr. Langoo can pick up some free vouchers for more chicken whenever it’s convenient. 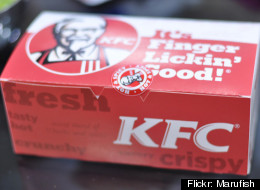 Somehow, looking at the photo, we don’t think Mr. Langoo, or many who have seen it  will be back to their local KFC anytime soon. Moral of the story: stop reputation management problems when they happen, whether on your Twitter feed, Facebook page..or even at the counter, face to face. Don’t wait for them to go viral…no matter what’s in your chicken.

In news not so surprising, perhaps…Twitter has been recently valued at potentially $11 billion dollars by analysts who also predict a public offering in 18-24 months. Financial researchers at Greencrest Capital released the report  that triggered speculation that plans to take the company public may be announced shortly. With hiring at Twitter focusing on new management and the company’s recent efforts to monetize their services through products like promoted tweets, et al, some pundits and various financial sources feel the move is not only inevitable, but imminent.

Mashable.com, the online tech news site, has announced the top 10 most influential people on Facebook for 2012, and their choices may surprise you. First on the list is George Takei, the retired actor who once played Officer Sulu on the television show “Star Trek”. Now a popular social pundit with daily Facebook status updates and commentary, he enjoys millions of subscribers who regularly repost his witticisms to a larger audience. President Obama was named the second most influential Facebooker of the year, with 34 million likes to his official Facebook page alone. Indeed, his candidacy was marked by a sophisticated use of social media and pay per click ads that far outpaced the tech savvy of his competitors. Among the others listed for the year as the most powerful members of the social media platform: Governor Mike Huckabee, blogger Richard Metzger, and you, the average Facebook user, who helped to make Facebook 1 billion strong in 2012 and a social force to be reckoned with for years to come.

According to a report in the Deseret News, major retailers are now making major inventory decisions based in part on the results of social media polls and Facebook  “likes” they receive from customers on various products. For the first time ever, Wal Mart allowed customers on the one-billion-strong social media site to vote on which toys they wanted put on sale for the Christmas season. Similarly, Macy’s customers recently voted on Facebook for more jeans in neon hues, rather than pastels-a decision the company buyers acted upon immediately, rolling out a “Very Vivid” collection of brightly colored denim in response.

Social Media and Customer Interaction for 2012

Social Media and Customer Interaction for 2012

Some good news for those businesses who use social media marketing: Forrester Research, an independent global research and advisory firm, has released a recent study that shows 79% of Americans online are accessing the Internet daily, for more longer periods, and most importantly, are interacting with their favorite brands more than ever before. The report also states that 45% of people on social networks say they have interacted with a brand through social media over the past three months. Pointing to the increasing mobility of the marketplace, the study also showed tablet ownership has more than doubled since 2011.